Because Jesus did much of his teaching in these towns, as well as Bethsaida, the three make up what is called the "evangelical triangle." In them he performed most of his miracles, and he cursed them for failing to repent (Matthew 11:20-24): 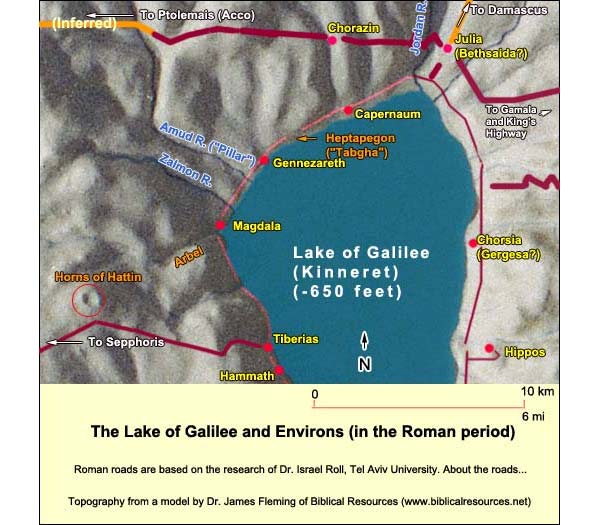 The town occupied 17 acres of a narrow basalt hill that stretches from north to south, affording a view of the lake 900 feet below. So far only its middle has been excavated, with no trace from the time of Jesus' mission. The earliest pottery and coins date from the mid-third century AD. How do we know then that Biblical Chorazin was here? First, it matches the location given for the older town by the 4th century church father, Eusebius, in his Onomasticon, the Book of Names. He mentions that it was destroyed in his time (to which the finds so far would date its beginning!). Second, the modern Arabic name, khirbet karaza, the ruin of Karaza, supports the identification. The main street ran north-south through the entire village. The dark basalt ruins, partly restored, include a synagogue (3d-4th century AD), a ritual bath belonging to it, a large public square, buildings and houses. The building materials would have been the same when Jesus was here, as well as the basic forms of the houses. A small group can sit in one of the rooms and recapture what it must have felt like, in such a setting, to hear him teach. 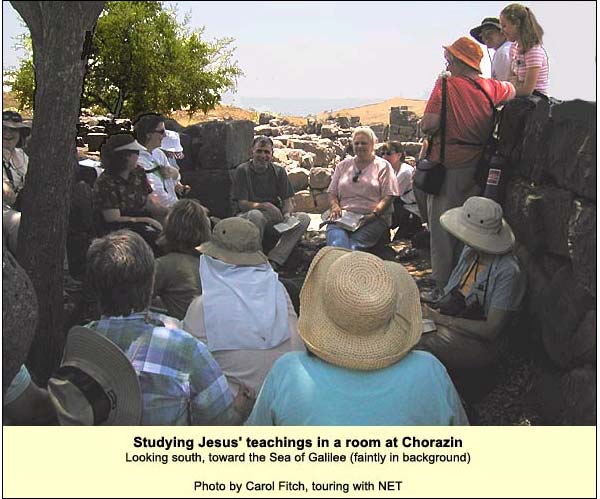 The Talmud praises the wheat of Chorazin. The village got its water from a spring a few hundred yards to the east. This fed into a stream that wound around the north side. A deep riverbed bounds the village on the west. Here is an aerial view of the excavated portion. 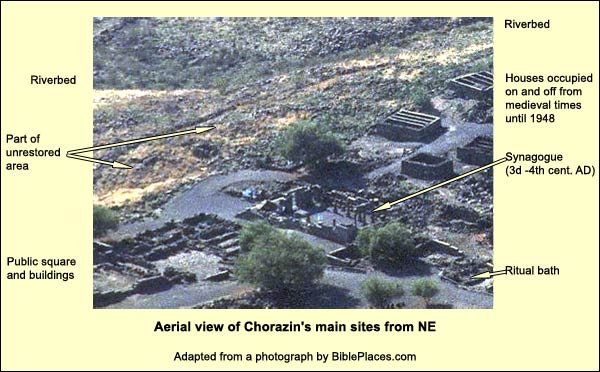 The synagogue dominates the area. Even in its limited restoration, its majesty comes through. 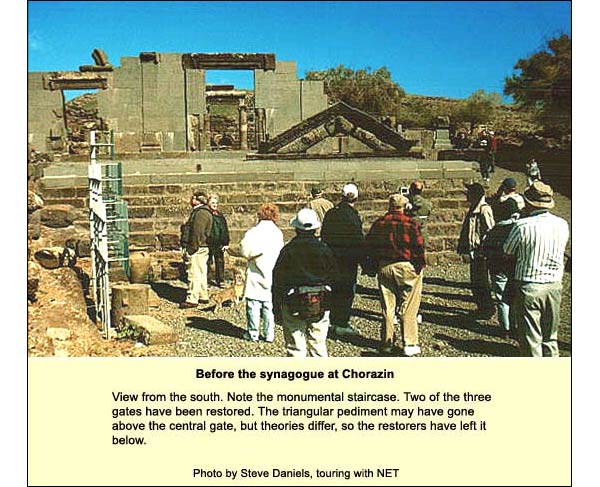 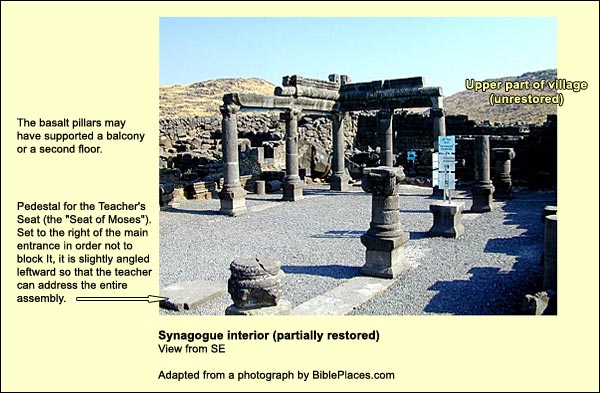 The synagogue is in the grand Roman style, like the one at Capernaum, and very different from its contemporaries at Hammath Tiberias and Beth Alpha. Like most in the region, it faces south toward Jerusalem. One entered from the south, as at Capernaum, and took a seat on one of the benches which lined the sides (and when these were full, perhaps on the floor). The Rabbi had a special chair, called the Seat of Moses, from which he could address the congregation. Then Jesus spoke to the multitudes and to his disciples, cb(23,2);  saying, “The scribes and the Pharisees sat on Moses’ seat. cj(23,3);  All things therefore whatever they tell you to observe, observe and do, but don’t do their works; for they say, and don’t do. cj(23,4);   (Matthew 23:1-3)

This seat was found at Chorazin and may be seen at the Israel Museum. (A copy is at the site, seen here in photo.) It bears an inscription in Aramaic, which reads: "May Yudan, the son of Ishmael, who contributed this colonnade and its stairs from his property, be remembered for good. May he have a portion with the righteous." We do not see the plethora of images that we find in the mosaic floors of synagogues like the one at Hammath Tiberias. Yet the sanctuary at Chorazin was not without images, as we note when we look more closely at the pieces of friezes lying about. For here we find, of all creatures, Medusa - or so we may judge from the hair. Just north of the synagogue is a beautiful example of a public ritual bath (mikveh), covered with basalt slabs. People who had become ritually impure would immerse themselves before going to the synagogue to pray. Standing on the synagogue steps, looking toward the lake 900 feet below, we can see more of the village that awaits excavation. The main street continues down through it, with blocks of houses on both its sides. Coneys prance amid the ruins. 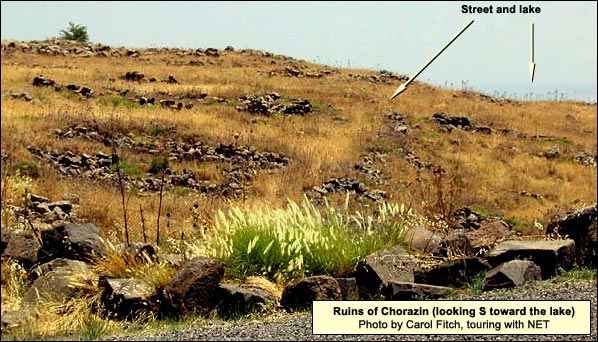