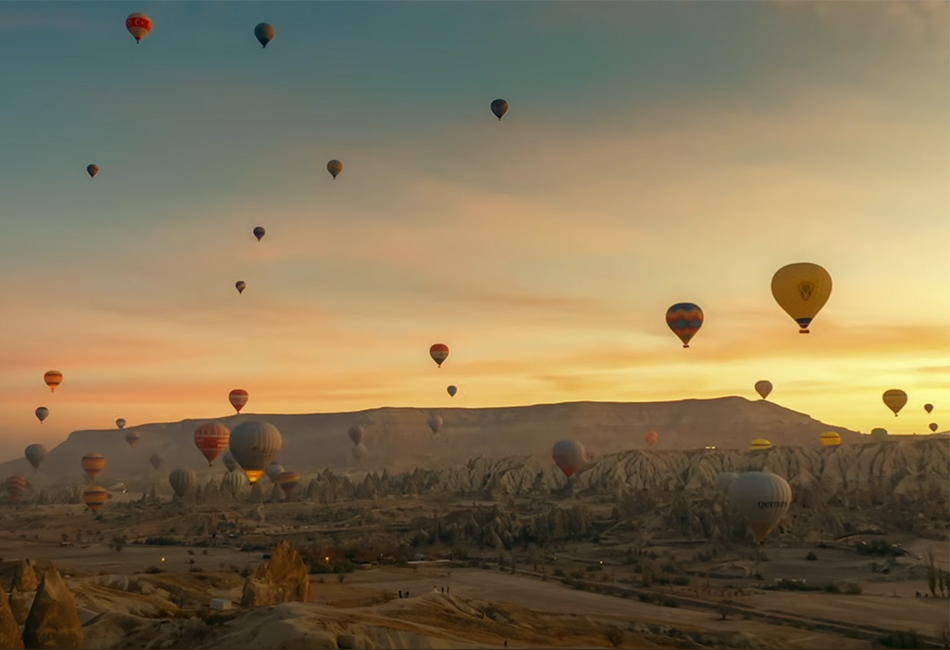 The overwhelming beauty of Turkey is evident through its varied landscape and lengthy history. Wedged between the Black Sea, the Mediterranean, and the Aegean Sea, Turkey has been an important center of trade for millennia. Truly, Turkey is the “Cradle of Civilization”, a land of immense archaeological, cultural, and biblical value. Multiple empires spanning across the centuries have left their mark on this rich land begging to be explored.

Southeastern Turkey is home to the world’s oldest temple, Gobekli Tepe. The 11,000-year old stone monument predates Stonehenge by 6,000 years. Nearby, the vast Neolithic settlement of Catalhoyuk provides evidence of prehistorical culture and practices for a period of 2,000 years. The ancient city of Troy in Northwestern Turkey is one of the most famous archaeological sites in the world. The extensive excavations have unearthed cities dating back to 3,000 BC as well as the setting of the Trojan War, immortalized by Homer in the Iliad. Istanbul, the only city straddling two continents, has a substantial history. Formerly known as Constantinople, the city was the capital of the Byzantine and Ottoman empires. Extraordinary mosques such as the Hagia Sophia can be found throughout the city as one explores remarkable sites such as the Hippodrome and Topkapi Palace.

Turkey is a land of incredible biblical significance, mentioned throughout the Old and New Testaments. The area surrounding the Tigris and Euphrates rivers provides the setting for the earliest biblical stories. Following the Great Flood, Noah’s Ark landed on Mount Ararat. The ruins of Hattusa, located near modern Bogazkale, confirm the biblical accounts of the Hittites. The New Testament comes to life through ancient sites such as Ephesus, Miletus, Pergamum, Laodicea, and Sardis. The remains of these cities of antiquity are stunning places to explore and provide meaningful insight into the region’s role in the Hellenistic and Roman periods as well as the spread of Christianity to the West. All seven churches mentioned in the book of Revelation are the early congregations of seven significant Roman cities in modern Turkey.

From the azure waters of the Aegean coast to the remarkable honeycombed landscape of Cappadocia and the Lycian tombs carved into cliffs towering over charming Mediterranean coastal towns, Turkey is a land of stunning beauty and architectural marvel beckoning travelers on an unforgettable journey.