Was this the Cana of the Gospel? Perhaps. In the year 2004 a salvage dig (required at ancient sites in Israel before building a house) revealed finds from the Roman period on the north side of the ancient village at a site called Karm er-Ras. The finds include fragments of stone vessels and a Jewish ritual bath, which you can see by enlarging the photo on the right. In his Onomasticon of the 4th century AD, Eusebius of Caesarea locates Cana in Lebanon. Many scholars, including Tom McCollough,"Searching for Cana," Biblical Archaeology Review, Nov.-Dec. 2015, Vol. 41, No. 6, pp. 30-39 prefer a site called in Arabic khirbet kana, "the ruin of Cana," on the other side of the Netufa valley WNW of here. A dig is underway, but the access is still difficult.  Both khirbet kana and the traditional site lie within a few miles of Sepphoris. We can imagine how Jesus might have met his friend, the future bridegroom, while laboring at this city, which was the capital of central Galilee during his teen years. 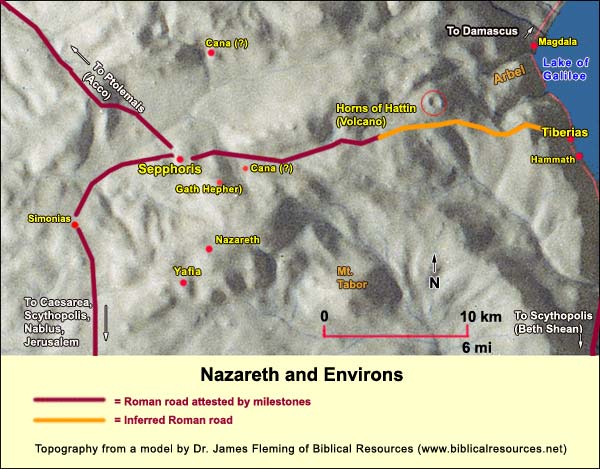 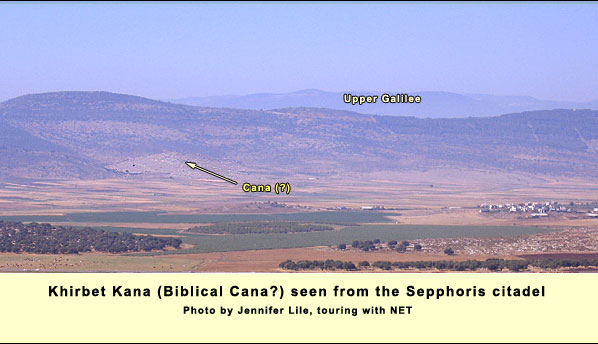