Clear, however, is the fact that a large, well-fortified city existed on e-Tell in the Iron Age 1200 BC ~ 586 BC The mound of its upper city was 400 meters long by 200 wide, covering 20 acres. (For comparison, Hazor's upper city also has 20 acres and Megiddo's 12.) The major digging, so far, has been on the eastern side, in the area of the gate and the ramparts, which date from the 9th century BC. The walls were more than 20 feet thick (thicker than those at Hazor and Megiddo).   The inner gate, with four chambers, is the largest of its type yet unearthed in this country. One chamber contained a ton of burnt barley. The gate's main door was flanked by towers that housed small sanctuaries. In one of these, beneath the rubble of destruction, were incense burners of a type from the last half of the 8th century BC. The gate, then, would have been destroyed by Tiglath-pileser III of Assyria, during his destructive sweep of 735. The rubble that covered the burners included part of a standing stone (masseba); when its pieces were found and reassembled, there appeared a figure with a bull's head, wearing a sword. (See the image by going here and scrolling down.) This was likely the image of a god who, it was believed, would guard the gate. (See Dan.) 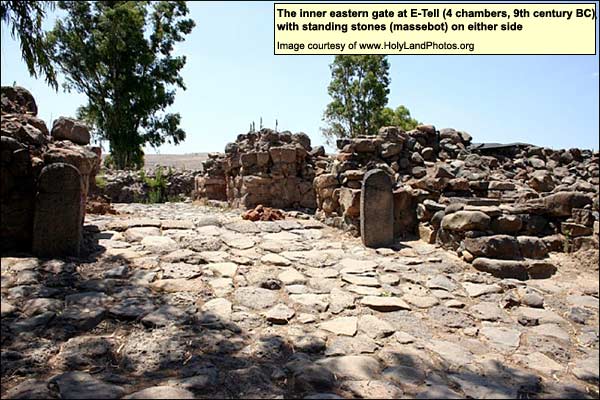 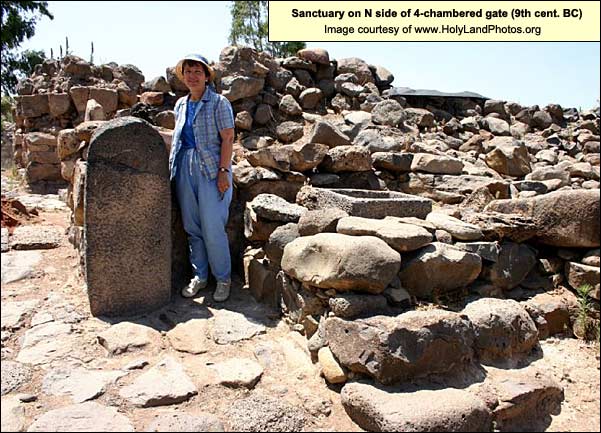 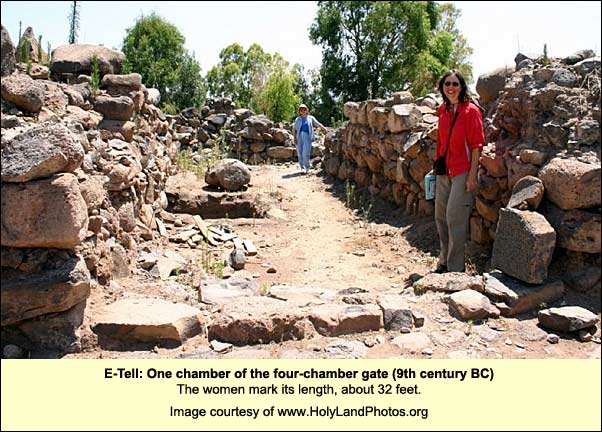 Just north of the gate, the diggers found the remains of a large palace (50 feet x 92 feet). The Assyrians did it no harm. They limited their destruction (as at Dan) to fortifications, in order to inhibit revolt. Yet the site never flourished again. Here then was an important city from First Testament times, but we do not know its name. One cannot assume a firm connection with Israel, because there were no bridgesIn Assyria bridges are mentioned from the 11th century BC. (The Egyptians used ferries.) Yet the First Testament lacks a word for bridge, and no remains of any have been found in the land for this period. Except when miracles occur, the Israelites are always portrayed as fording. The location of fords in this land was a major factor in determining the location of cities and roads. It was the Romans who first made bridges general, building them wherever they conquered in the land back then, and the upper Jordan could not have been easily forded here. The connection with Damascus might well have been stronger than any that the city had with the capitals of Israel or Judah. Tiglath-pileser's target was not only Israel, but also Damascus. Every other tell of comparable size exists at an ancient junction, either of land routes or of land and sea. This one seems an exception: it is more than a mile from the Lake of Galilee. 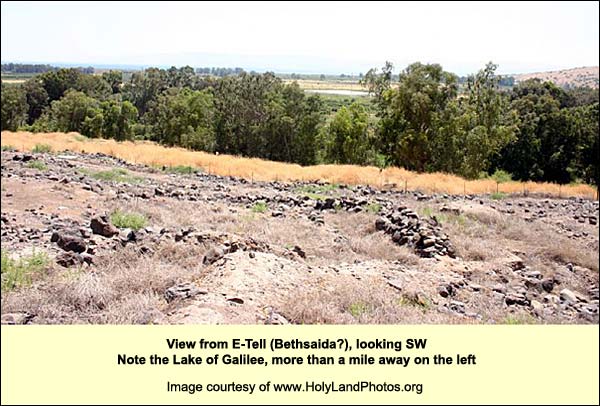